Here we have a new label, Stealth Records, and I mistakenly thought this was a new enterprise by Michel Banabila, with releases from below the radar (hence the name), as both of these are limited to just 100 copies. Maybe it is the current forces of the market that will keep it all this limited and if so, that's a sad thing. The first release is not a new Michel Banabila as such, even when most of the releases have not been heard before, but it is rather a primer for what Banabila does. And that is a lot of different things. He has a lot of solo releases, which go all over the place, from straight ambient music to modern classical, rhythmic music (techno, world) and even a bit more brutal electronic music. Then there are also many collaborations he does, some of which can be found here. With electronic musicians such as Machinefabriek and Radboud Mens, but also with violinist Oene van Geel or Mayana Golovchenko. If Michel Banabila is a name you heard but not the music that he made, then this is a great place to start. It may move all over the place, from the slow-developing techno beat of the title piece to introspective violin in 'Amal' (with Salar Asid), strange organ stabs of 'Intermission' (inspired the Residents, perhaps?), voice improvisation with Golovchenko, the slow ambient rhythms he produces with Radboud Mens in a fine ambient house mode. One could think that Banabila touches upon many grounds and that it is perhaps too much. I would take a different position, however, in this case. If the musician wants to dip into so many styles, we simply have no alternative than to follow him and enjoy his many musical interests. It is not for the narrow-minded, I'd think, but for those people who are always open to experiencing something new. Just as Banabila is on a similar path of discovery. Sported by a lovely cover of Banabila's studio, re-created in cardboard by his daughter Nina. Banabila worked with Radboud Mens occasionally, but as far as I know (in the vast catalogue of Banabila one can easily get lost) not much of that ever materialized into a release. On the disc 'Live 2015' we find two long pieces; they are both from 2015 and is by Banabila and Mens recorded as Le Guess Who and the other one at the Steim Summer Party and here Marco Douma also performed along with the duo. His contribution didn't make it to the disc as he's a video artist. His images are on the backside of the cover. I know the music of both gentlemen quite well, and I am quite surprised by what I hear. Sure, Radboud Mens made some great minimal techno records (for the long-lost Audio.NL label) and Banabila is also known to dabble with a fair share of rhythm, but in these two lengthy pieces they slowly construct a fine ambient house sound. You can hear the long building up of pieces, via a path of dark ambient sounds and little by little bits of the rhythm, are unveiled until you realize at a certain point it's all swinging back and forward; a full-formed ambient house track in progress. Mens brings his glitches to the table, but he expands them into a formal house beat, and the melodic touches might be Banabila's. Voices from deep space are used, just as the forefathers did of this music ages ago (well, all right, twenty-five years ago). There are lengthy passages between the beat pieces, the chill-out phases of the compositions and here both men show their talents as gifted improvisers. This is some sixty minutes of a pleasant trip down memory lane or just an early summer party. Hell, or both! Do you see what I mean? Lovely CDs, so why only 100 copies of both? (FdW) ––– Address: https://stealthrec.bandcamp.com 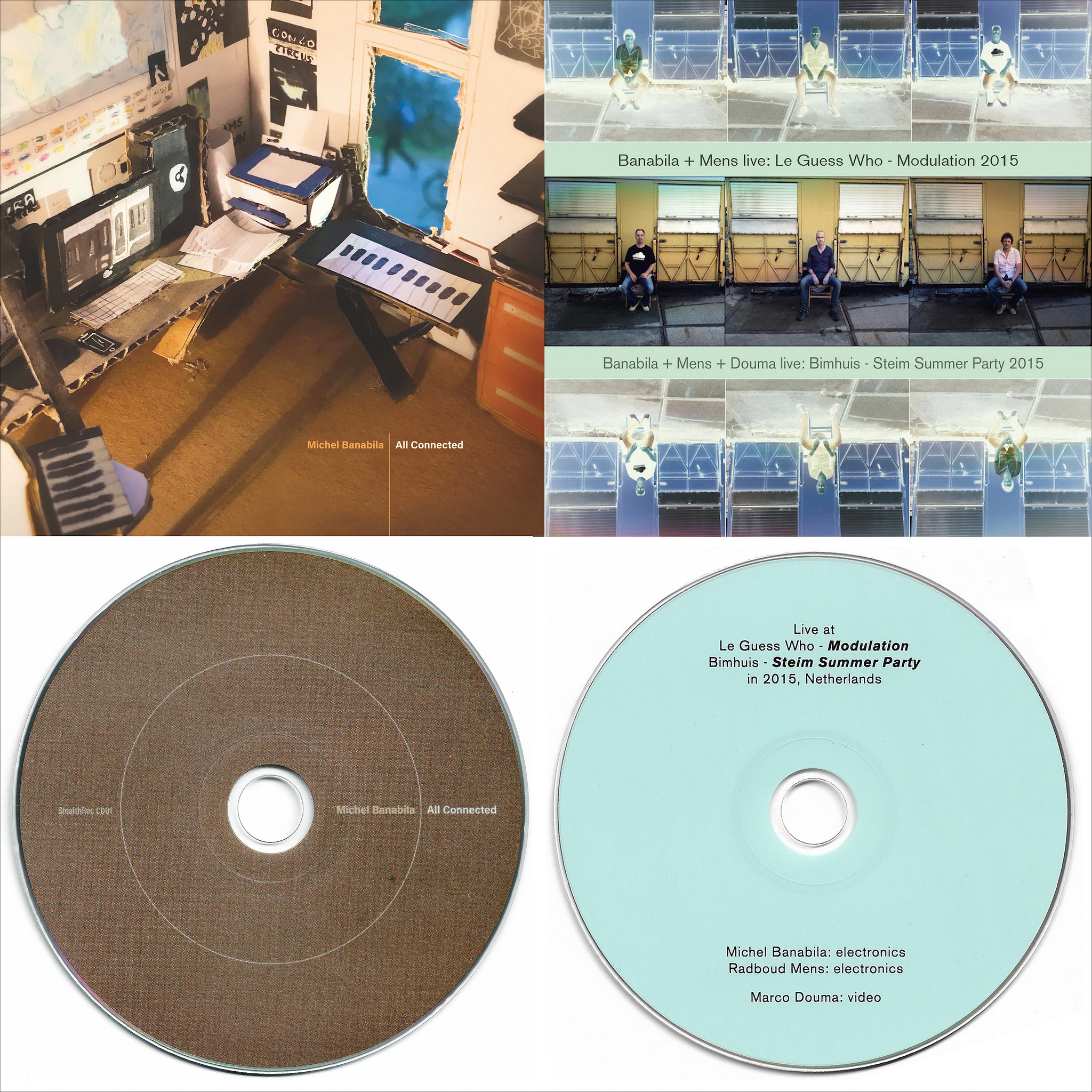