Michel Banabila has released music since 1983 (that’s 35 years now, mind you!) and if you delve into his back catalogue you’ll discover an interesting development. Inspired by the explorations from Brian Eno/David Byrne, broadening his musical visions across many genres and borders, he created experimental music, music for theatre, dance and films, world music and sometimes music that could be classified as ‘new age’. Experimental but also accessible, balancing serious art with zany humor, comprehensible yet unorthodox. His strength – a diverse output across many genres – in fact became also a weakness in terms of marketing: unable to pinpoint him to their own preferred genre, ‘serious’ music lovers often ignored his musical genius. In my opinion Banabila never really got the recognition he deserved to get, especially in his ‘early years’.
But over time, and due to his untiring perseverance, that has changed.

Banabila’s music has changed too. His output became more experimental. His music slowly evolved (or dissolved – after al that’s just a matter of perspective) into ever more abstract electronics.
In recent years, his debut album Marilli was re-released in 2017 on Seance Centre, other early works were compiled on Bureau B in 2016, and Voiznoiz recently saw a beautiful rerelease on Steamin’ Soundworks. At first, this renewed interest in his early material confused Banabila: this was music from the past, this is not what he stands for now, musically.

But possibly the renewed interest in his musical past also triggered something. On Everywhere Else Is Just Right Here Banabila revisits (and perhaps even re-animates) his own musical past, and connects it to his current musical vision. There are ‘abstract’ tracks, and these are arguably the ones that are mostly connected to his recent output. But there are also tracks that resemble his early work: rhythmic, filled with surprising (often found environmental) sounds, all presented in a wide-open production. Music with a very strong ‘theatrical’ quality.
The two closing tracks are not new but remasters from 1985's Des Traces Retrouvées II and from 1987’s Des Traces Retrouvées III .  They complete the circle.  Banabila reinventing himself feels like coming home. But I guess we can safely assume that he won’t be staying ‘home’ too long: after all ‘change is the only constant’. (Peter van Cooten, October 2018) 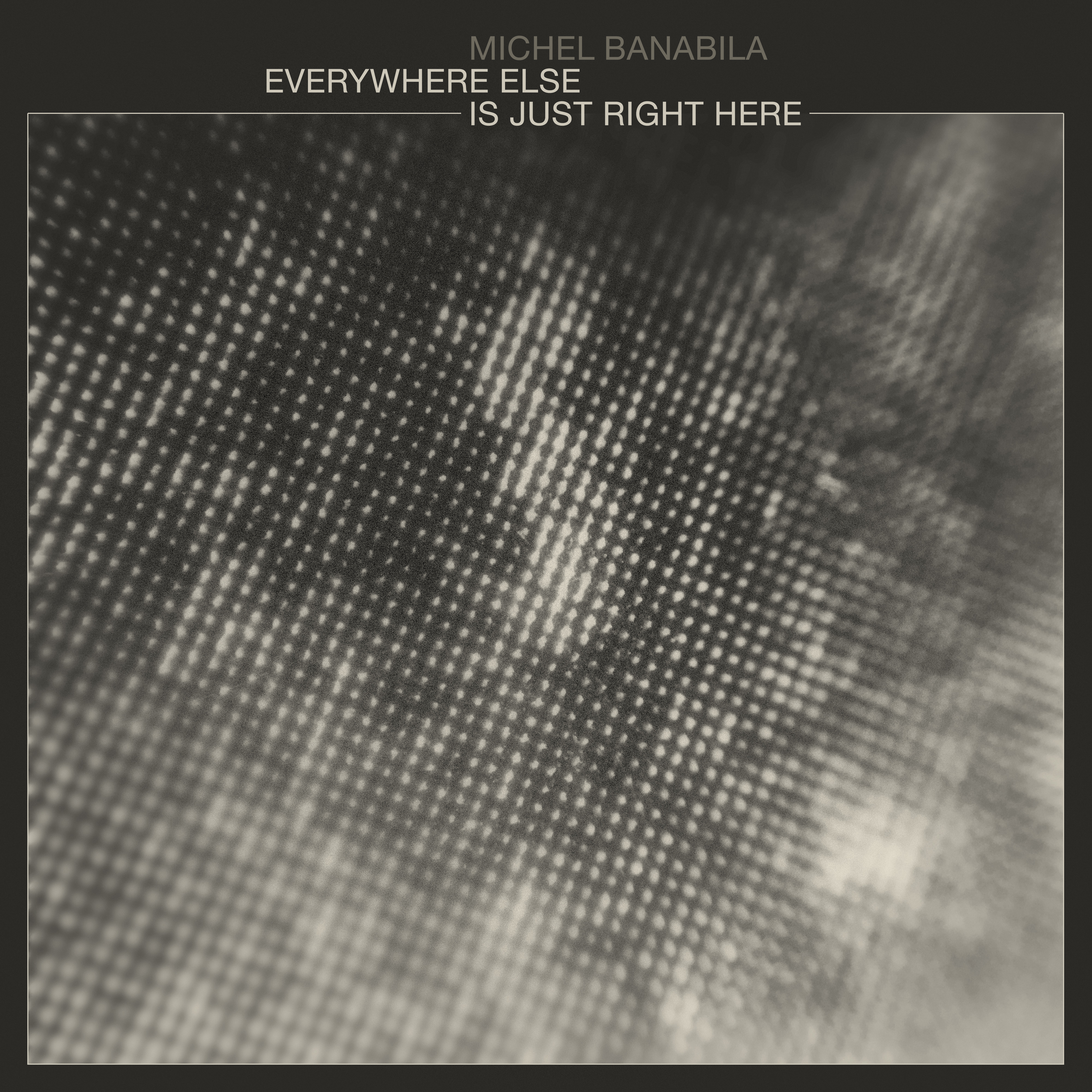