Michel Banabila has been making fractured music for ten years in Rotterdam; combining beats with live instrumentation. There is an Arabic feel to some of the lead voices, whether they are synths played with Eastern scales or the occasional oud solo. This man obviously knows his way around the sampler, too. Banabila uses short sampled bursts for their tonal colour, rather than their content, to construct the bulk of his songs. He also knows how to successfully integrate live instruments into his mix, that is to make them an integral part of his ideas rather than leave them as solo instruments floating on top of dense electronics. You might think at this point that his music is dense and pretentious - it's not. He assembles humorously upbeat, almost poppy structures that seem all the more accessible for the sampled blurts. Even his slower tunes are punctuated by smile-inducing processed vocals. Voiznoiz isn't a beat dominated album, although regular rhythms predominate. It's always a pleasure to come across someone who can use fractured techniques and create accessible music from it. This could be why a company like Pork, known for their beats-and-beyond approach, was interested in releasing it. I wouldn't be sure who to recommend this to, but it's the kind of album that people would stop to listen to if they heard it at random. 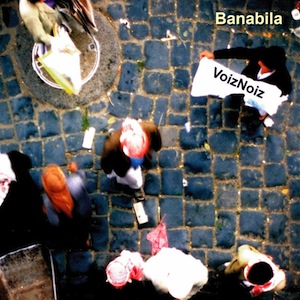