EXPOSE: Early Works - Things Popping Up From The Past (reissue)

Dutch composer Michel Banabila has been recording and releasing music since 1983 and he has produced musical scores for films, documentaries, plays, and dance. This Early Works retrospective collects eleven out-of-print tracks from his early years, released either on cassette, vinyl EPs, or limited CD editions. The music is a mixture of minimal piano sketches, beautiful electronic loops, neo-classical pieces, and ambient drones. I am only familiar with his 1984 ambient EP Des Traces Retrouvees, which represents a small sample of what appears on Early Works. The piano sketches are ambient atmospheric gestures that flirt with Erik Satie with their simplicity. The harmonium sketches are either minimal repeated note patterns ala Philip Glass or approach cathedral organ chords. The looping electronics mixed with piano, guitars, and percussion take the listener in a different direction. And the ambient drone pieces allow the listener to focus on the music and hear inside the notes, between the notes, and be receptive to the music. The best tracks on this collection are “The Workers” with its quasi-industrial vibe and the closing track “The Lost Drones Tape 2” that sustains your interest for its entire eight minutes. Early Works is a musical map that documents Banabila’s journey, and one that crisscrosses back and forth between the old and new.  http://expose.org/index.php/articles/display/michel-banabila-early-works-things-popping-up-from-the-past-6.html 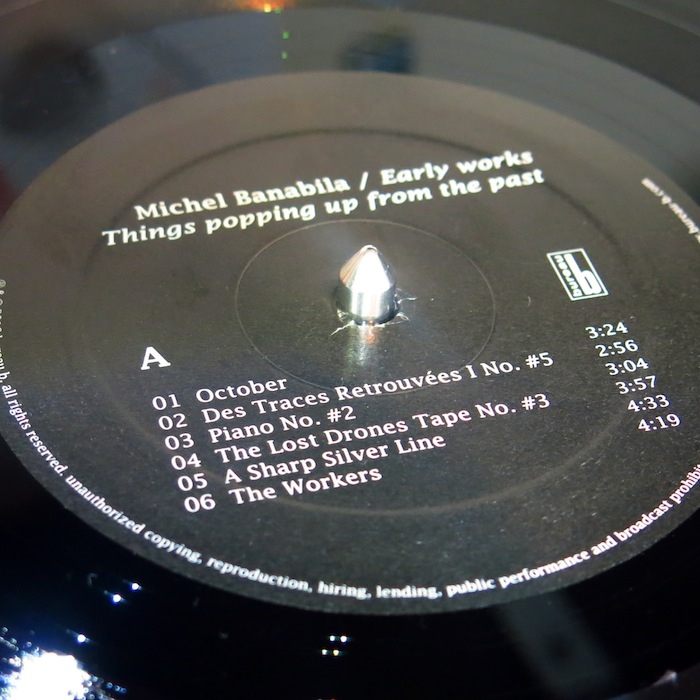