June was a very rainy month, which was why Michel Banabila spent a lot of time watching NASA videos about the Juno mission.
Or, maybe I’d better rephrase that: after watching the NASA videos he spent a lot of time creating this album which was inspired by the Juno mission. In retrospect, we can be happy this was no ordinary sunny month, because inspired him to create this great album!
Starting out with a piano theme that demonstrates why his music works very well in theatre and documentary soundtrack settings, the tracks focus on outer space – becoming more abstract while never losing their melodic, human, touch. Alien electronic soundscapes, sometimes ‘earthened’ with violin samples (performed by Salar Asid), piano, cat meows, and many distorted voice fragments (the kind that unmistakably identifies Banabila‘s work).
With titles like What Creature Is That and We Are The Aliens, this album’s viewpoint is nót only that of earth’s astronaut, but also  of the imaginary  Jupiter inhabitant watching the earth invaders approach.
After working ceaselessly and tirelessly for more than thirty years, recent re-issues of his early work finally gained the international acclaim it deserves
(the Bureau B compilation Early Works / Things Popping Up from the Past and Astral Industries reissue of Chi Original Recordings).

But it’s important not to get stuck in the past: Banabila is alive and kicking and still creating an impressive stream of new music!
With his recent albums, Michel Banabila has explored many – often experimental –  territories.
Earth Visitor demonstrates he’s also still a master of cinematic ambient! (Peter van Cooten) 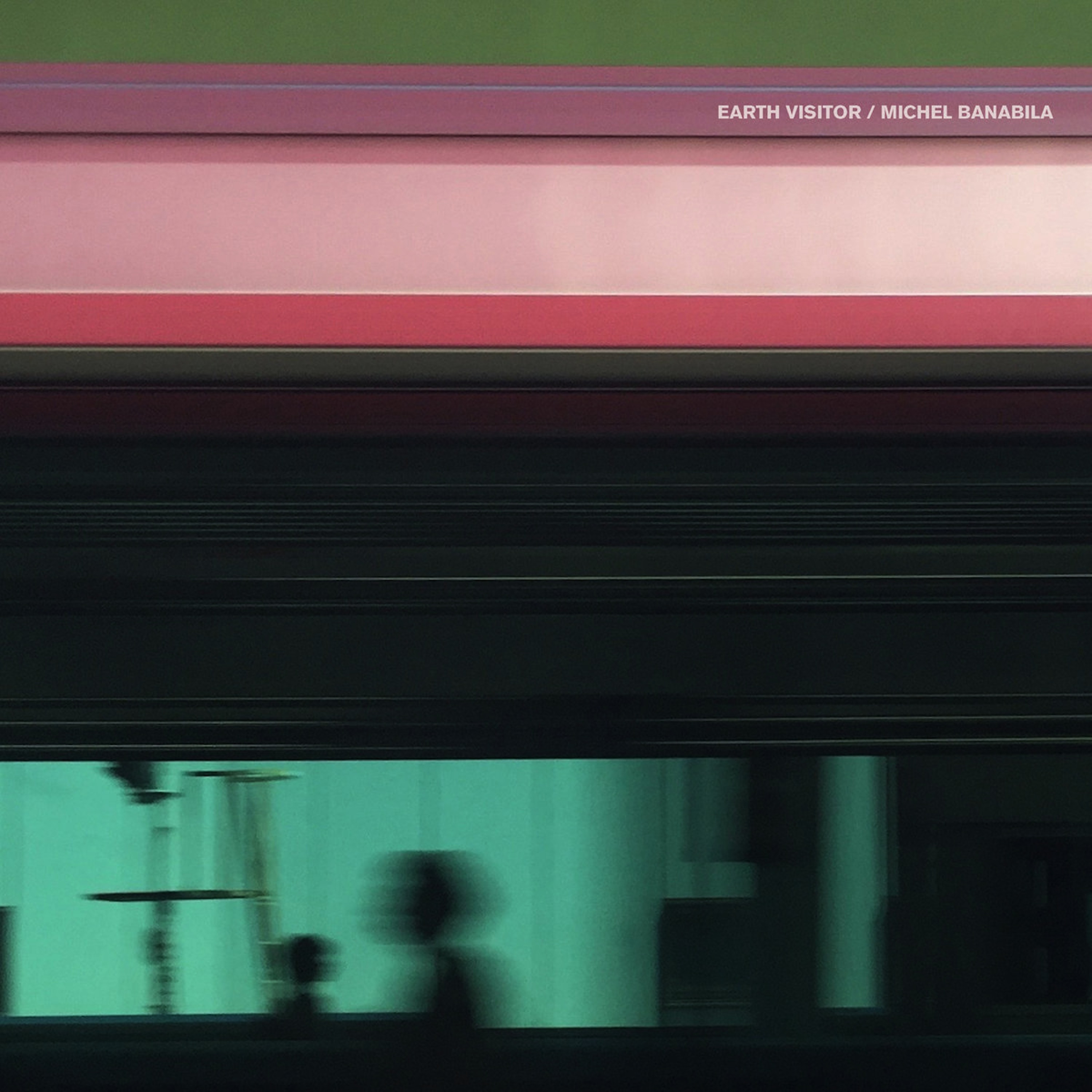