Astral Industries pluck out a cult ambient peach for reissue with Chi’s The Original Recordings (1985); a heady collection of communal invocations written on a farm in Holland during the fertile early ‘80s era of new age and post-punk exploration.

The recordings are wonderfully spacious, allowing the atmosphere of their environment to perfuse the music’s broad, sweeping layers and mingle with their pineal vision to become a vital, animated part of the record itself. For comparison, these recordings share certain similarities with the kind of records recently reissued by Amsterdam’s Music From Memory label, yet there’s something more mystic, less sweetened about Chi’s music that perhaps places it in a psychedelic Dutch lineage with later, ambient elements of Psychick Warriors of Gaia, or even the gentle, tactile tone of Machinefabriek music also made out in the sticks.

Definitely one to swoon for - highly recommended! 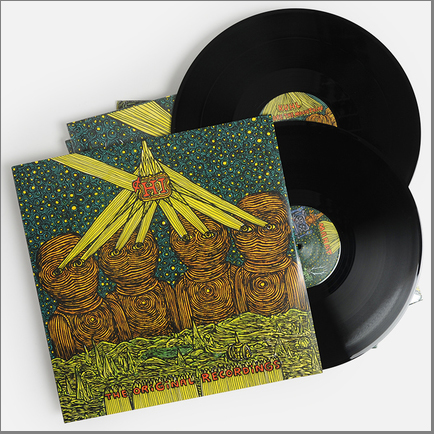