When artists collaborate for the first time, excitement ensues, sparks are flying, synergies are formed, we all know the deal. Listeners have the chance to absorb the techniques and styles of their favorite musician and subsequently discover the epigenetic approach of the other partaking luminary, thus prone to discover an additional discography that is to be cherished if all goes well. Once the third time is the charm, however, collaborations involving the same artists have to prevent the sentiment of this being a mere finger exercise, a machine that is oiled too well, leaving surprises, anxiety or any other desired emotion in the dust. This is the situation that multi-instrumentalists Michel Banabila and Rutger Zuydervelt aka Machinefabriek face in their third collaboration as well, and in order to prevent snarky comments and rather reversely peak one’s interest, they go all-in when it comes to transparency. The three-track LP Error Log, released on Tapu Records in May 2015, is, as it turns out, a supplement to the duo’s sun-laden saffron/blue perianth Travelog from 2013. The Dutch gentlemen do everything they can to trigger the right synapses by means of recognition: Error Log is another travelog and therefore conquers known paths, true enough, but the twist is injected soon enough, comprising of absurdities and pluvial halides hued in darkness. The basic gist is given away in the title already. Error Log is a travelog gone wrong. The amount of Glitch ingredients is therefore revved up in these three longform Drone pieces. Abstract art can enshrine beauty as well, so here is a meticulous look at a follow-up that addresses the known… and then kicks the passenger into the abyss.

The first stop on Banbila & Machinefabriek’s metallicity-focused safari: Animal. Were this released on the duo’s Travelog, chances are that softly simmering drones and fluvial fermion juxtapositions would have ennobled its aural existence. Here, on Error Log, however, the traveler faces a Glitch-oriented, mercilessly annealed – even desiccate – onomatopoeia of a pulsatile jungle. Its phylogenetic complexion is superionic, calcareous and plethoric at once. The first cautious ground loop sinews soon enough lead to fusillades of icosahedral foveae, ogival drums and cylonic chirps. A cavernous vestibule of darkness, the sunlight is completely amiss, making room for a nocturnal epithelium of talon-equipped nothingness. Also close at hand: footsteps, reverb, portent. Similar to Jan Jelinek’s Temple EP (Faitiche, 2013), the parched diorama is cautiously amended with a lachrymose-crystalline drone lilt of post-processed violins whose euphony and dolorousness first make for a great counterpart to the desert before they take over the adiabatic ergosphere and simmer along in the final minutes. Adding stratiform lucency to Animal’s volatile angle, the composition ultimately ends in limbo… but that outshines its original starting point!

The centrical Stemmenspel meanwhile is much more human(e) right from the get-go, its architecture immediately comprising of a faint opera soprano (possibly belonging to Edita Karkoschka as addressed in the liner notes), pristine immersion circulators, silked sine tones – is that even possible? – and siren-oid nematodes. That the atmosphere isn’t related to cryovolcanism can again be traced to the stringed drones and additional basslines whose comparative warmth ameliorate the industrial-inimical rotoscoping. Right after its apex, Stemmenspel flirts with conniption though, augmenting its endemic epistemology with histrionic downwards-spiraling sirens, stop-and-go slivers and tawny holarctic magnetotails. The perceived wideness isn’t chlorotic, there’s room to breath alright, but even though a meshed moiré of polyfoil reticulation divides the actual happenstance from the observer like a fence in a zoo, there is the sentiment of a painstakingly suppressed wrath. The second track is fluvio-lacustrine and flows organically, but its estuaries and avulsions are filled with toluene and strychnine, so a salubrious state is more than questionable.

Error Log is the apotheosis to the eponymous album, an elasticized fibroblast of approximately nineteen minutes. It is here, for once, where the concept of a travelog, albeit a purposefully alienated one, is resurrected with the aid of a blurred field recording. A bokeh of wind gusts, bustling sceneries, maybe even the depiction of a train ride make for a wondrous backdrop. Three minutes into the song, and its former omnipresence degrades to the state of a mere presence. Celebrated instead are the high-energy conductors and electrographic cascades. Aliphatic buzzes and infinitesimal violin veils cross-link in order to form a parallax chirality. As usual, the ingredients aren’t supposed to be fully compatible; add blackness to the scenery, and an abiogenesis ensues. After nine minutes, Error Log is built anew and comprises glimmers of hope, pouring them into a fragilely matutinal violin-based cotyledon. Its tendrils are weak and antic in this first instance, but they turn out to be morphogenetic… and mis-chromosed. Turns out that Banabila & Machinefabriek don’t shy away from an ancillary route to Hauntology, what with the sudden bursts of Gothic polyphony and the subsequent calcined afterglow of prolonged temple bells and crooning scintillae. This remains the condition of the last five minutes as the duo tailors a sound-based obliquity where neither sound and sustain nor silence are the prevalent constituents.

Banabila & Machinefabriek’s Error Log is a wonderfully nocturnal addendum to their diaphanous Travelog, but it shouldn’t be mistreated as a mere appendix. The case is clear, one cannot possibly adore these two different entities equally. On the one hand, we have the orthochromatic arabesques and suntrap-coated memorabilia of Travelog. On the other hand, there is the ultramafic-umbrageous solanum of debris and perturbation that is Error Log, openly celebrating its wrongful status in its title already, and that’s incidentally the only transparence the duo allows in their follow-up. The titration of the tropopause is based on periglacial photoevaporation and tropical hues, but it is the latter that suffers the most and has to give in eventually. A lack of warmth – or even benignancy – doesn’t translate into the omission of energy though: Error Log is supercharged with stokehold basins, recirculation pumps, tidal flexing and cellular cellars. The light these figures and planetesimals emit isn’t nutritious, but it sure enough doesn’t hurt the translucence and ipso facto allows the intrinsic existence of polarimetry. All of the three songs are carefully shape-shifting entities, never denying their genotype but meticulously building it anew. The barycenter of the accruing zoetrope is a ventricle, a hollow ventiduct filled with ill-colored chromophores, true. But it captures the sense of excitement and physical movement in the same vein as Travelog is easily able to… and places it in the endmost doomsday. (Björn Werkmann) 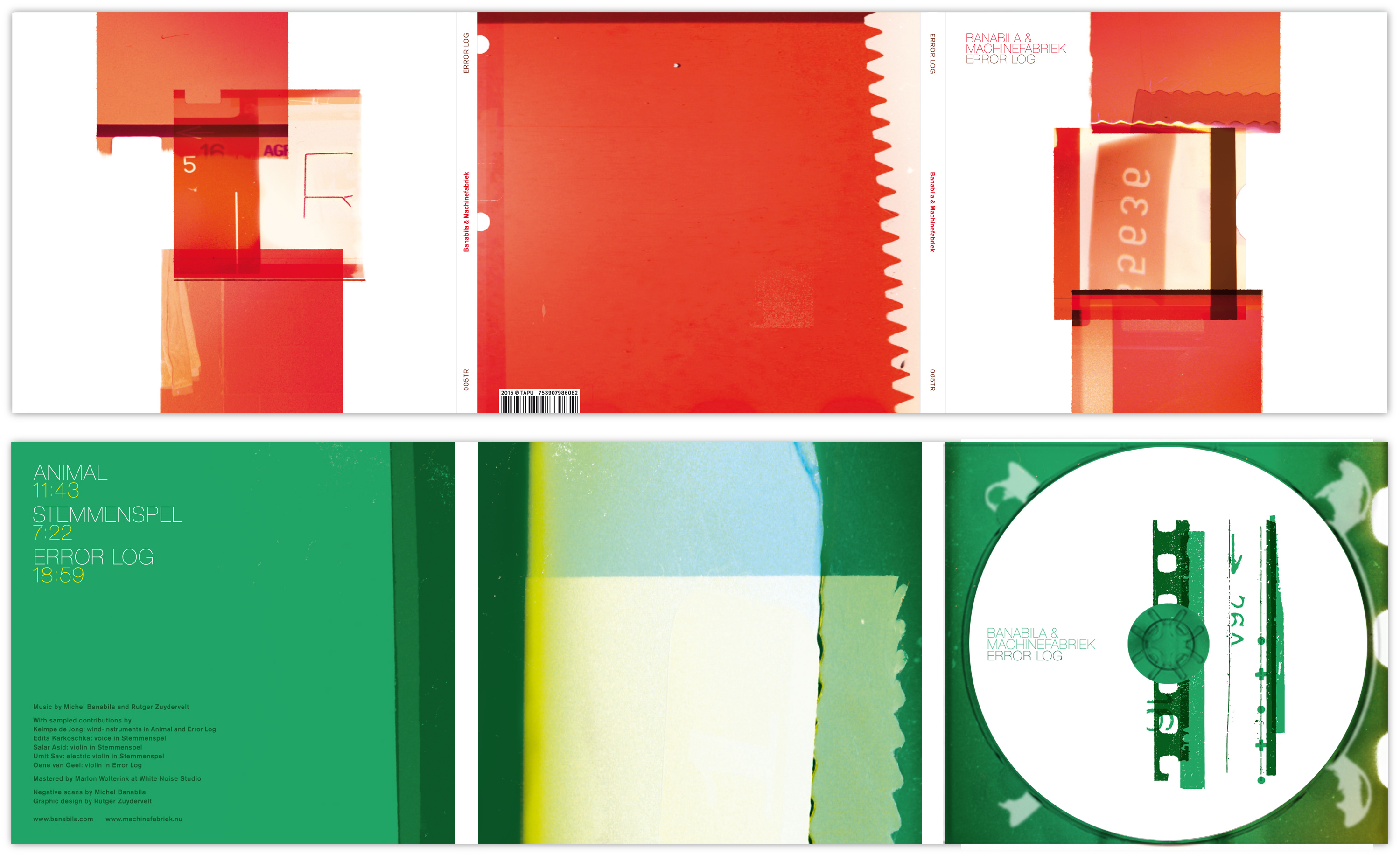