Picture yourself in a slightly altered mental state, in a room with someone lightly playing a small African drum while an orchestra slowly begins to tune down the hall. Gradually, your mind is drawn into the mix of sound, drawing out textures and harmonies that may only be imagined, the atmosphere growing heavier and more foreboding as time passes. So begins this four-track album from prolific Dutch artist Michel Banabila – slowly, beguilingly and with a slightly sinister undercurrent. Nothing is overstated or showy but, by the end, I was struck with a profound sense of unease.  The second track builds from the rhythmic chugging of what sounds like a machine press into a lumbering rhythm that falls short of being danceable, while at the same time having an undeniable propulsive quality. The third track is likewise built around rhythm, but this time it is a slow groove with shimmering, ghostly atmospherics hanging delicately in the background. The final piece is a slow burn, distant voices and snippets of violins churning at the bottom of a cauldron.  I’ve broken this down between tracks because I find that each one is so different from the others that it’s almost the only way to approach it. The release as a whole is a collection of disparate elements. But those disparate elements are very good- hypnotizing, almost and suffused with atmosphere. I found that the third track lets the side down a little, but the others are high enough quality that I’ll forgive it.  There is an almost soundtrack-like element to Banabila’s work. I’d love to see the movie. (KM) 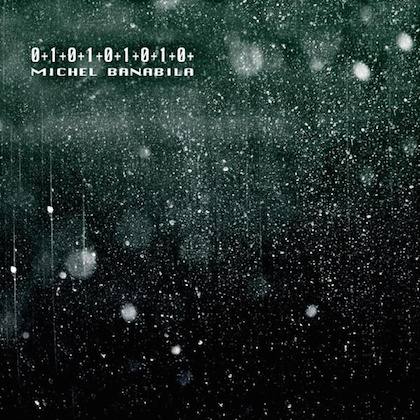