The press release for Travelog indicates that it’s lighter and even “playful” in comparison to their previous effort. Once “Spin ‘n Puke” gets going—you’ll agree. The rhythmic world-influenced percussion and handclaps can hypnotize you while synth tones and various other glitches swirl in over the top of everything else. Don’t be fooled into thinking that Travelog is more “listener friendly.” There are plenty of moments of harsh noise and ambience; it’s just that a bulk of this material leans more towards sounding like it was at least partially constructed beforehand, rather than an improvisation. The incredible urgency of a track like “Runner” is a great example of how that kind of execution succeeds. Electronic music is the kind of field that has no boundaries—you can use technology to move people to a dope beat, or to scare the ever-loving shit out them with horrifying sounds. Travelog walks the fine line between those two extremes, and it continues to show that the collaborative partnership between Michel Banabila and Rutger Zuydervelt has no shortage of ideas. 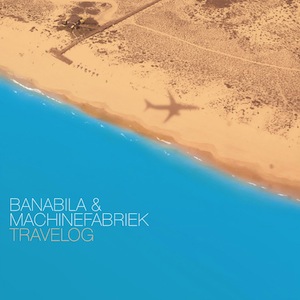