Gardening by Dutch sound artist Michel Banabila is electroacoustic scrutiny of the pastime from the point of view of the flower bed; a musique sol rather than musique concrète, if you will. Field recordings looped, lengthened and lingering, the earth is sprinkled with water from cans, automatic sprinklers and the clouds and irradiated by a synthetic sun. Rubber boots cross the lawn and “Chance the Gardener” from Jerzy Kosinski´s novella comes to rhythmically tend the weeds with his rakes, spades and trowels as children play just within earshot but beyond its high walls. As their commotion drifts off, the piece itself ends and an ambient remix drifts in. For this extended release, Banabila has added a healthy appendix of remixes, one by himself and six by fellow countrymen and a couple of associates from abroad. In remixing as in gardening, “as long as the roots are not severed”, as Chance himself would say, “all is well”. Each artist conscientiously worms down deep into the earth. Machinefabriek isolates a few of the sounds, rounds them off, and hints at gathering bad weather. In a live radio broadcast mix, Radboud Mens charges the air with the buzz and burrow of insect life and joins the serenade on accordion. Peter van Cooten´s remix is delicately arranged, a quiet, microclimate symphony, while Naoyuki Sasanami lets himself in through the gate and gives the foliage a good spray. Banabila returns to offer a watering can gamelan. The final two contributions, by Lukas Simonis and Zenial, respectively, arc from the children´s perspective so close to the gardener that, as he tends his plants, we can hear him strain and breathe. 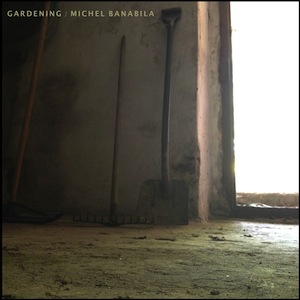