DISQUIET.COM : In Other Words

Michel Banabila's "In Other Words" could just as well be called "In Others' Words." It's an eight-minute stretch of light, nearly melodic sound, above which transpires a sequence of brief recordings of individuals speaking. These individuals' languages, voices, ages, and other semi-discernible traits vary widely as the work proceeds. Were those spoken elements more deliberately edited, were their presentation more emphatic, were the delineation between ethnicities, languages, and genders more cautiously balanced, then this might come across like the backing score to a TV advertisement for a global communications company. The impact of the work, though, comes precisely from its imprecision, how the little bits of dialog change in length and tone, how they come across more as purloined than art-directed. In a brief liner note, Banabila explains: "The voices were recorded from radio, I chose most of them based on their sound, emotion, timbre, regardless of any literal meaning of the words. New words and phrases were formed with the rearranging of tiny samples." The result is an art song constructed from the voices of others. 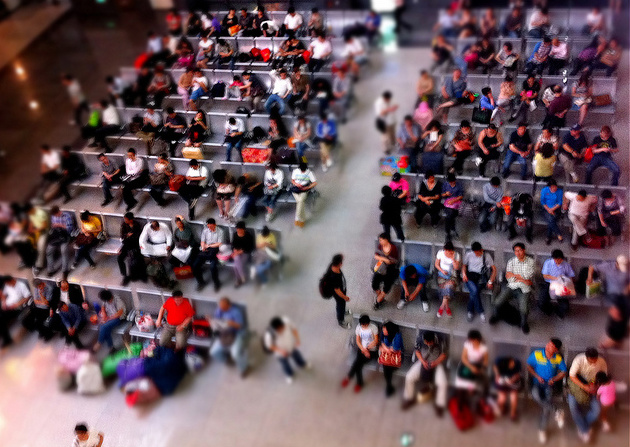