AMBIENT BLOG : The Latest Research from the Department of Electrical Engineering.

For those familiar with the work of Michel Banabila, his new album "The Latest Research from the Department of Electrical Engineering" may come as a noisy surprise. Created entirely from electrical sound sources that are fiercely mixed and meant to play LOUD, this has nothing much to do with his gentle 'world-ambient' output. In his catalogue it is loosely connected to the two "Spherics" released, that also contained strictly electronic music. But it's different in sound and in using thumping industrial beats. Some of the basic tracks of "The Latest Research..." originated from preparations for the music for "Zout ", a choreography by Conny Janssen Danst featuring music by Michel Banabila and dutch guitarist Anne Soldaat. But from there, the music found it's own way into this release, presenting Banabila's 'New Energy Forms' in eight tracks totalling 40 minutes. Most of the tracks span about 3-4 minutes, with the exception of "More Signals from KrakRot" (10:37, with additional electronics by Zenial), and the closing track "New Energy Forms" (6:42) The album kicks in with a loud and noisy intro (of 'Voltage Voltage'), and keeps up the atmosphere for a few tracks, until suddenly "A Cold Wind over Europe" introduces a strange 'jazzy' arrangement (making it sound like a demented Weather Report cover). In the end the energetic atmosphere finally comes to rest in the two closing pieces ("Monochrome Pictures" and "New Energy Forms"). The music is created mainly from electrical sources, but the approach is not as clinical as, let's say, Raster Noton artists such as Alva Noto (and other) or Ryoiji Ikeda. The music is mechanic, loud, intrusive, but also has a distinct human factor to it. It is clearly Banabila doing the engineering here, obviously enjoying his new 'mad scientist' incarnation. Michel Banabila daringly cuts loose from all expectations based on his earlier work and clearly finds new inspiration in this new direction...now let's hope that his fans are brave enough to follow him there. 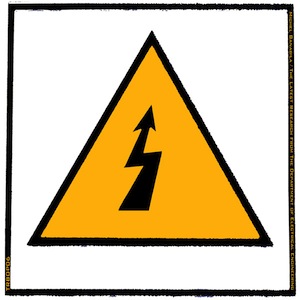